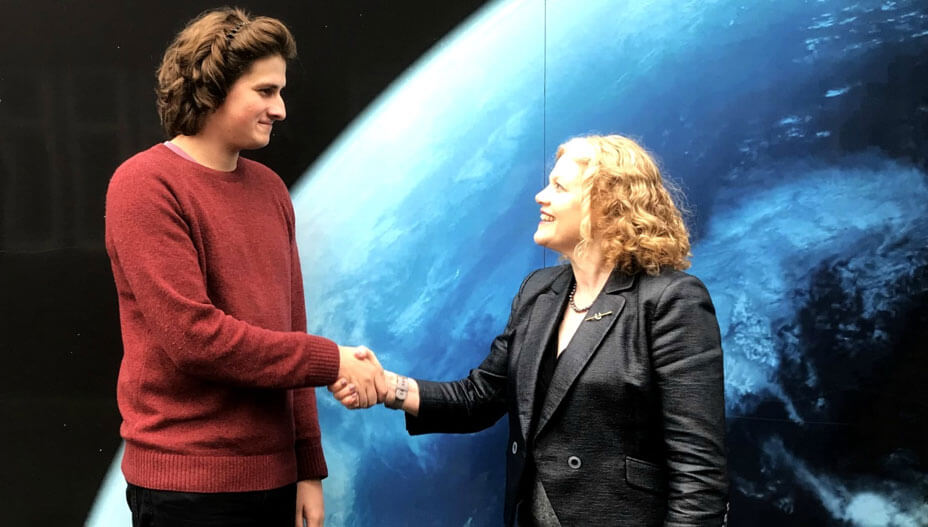 Face of the Future: The Faraday Cage

Marcus is a final year Aeronautics and Astronautics student at the University of Southampton, for his Masters he is specialising in Spacecraft Engineering. He will be regularly informing us about his challenges and achievements throughout the academic year. We look forward to hearing more about his studies!

For my final year group project I am developing a neutraliser for the university’s gridded ion thruster project. The thruster operates by ionising a liquid propellant and then using electrically biased grids to accelerate the positively charged ions out of the thruster; thus producing thrust in accordance with Newton’s 3rd law of motion.

We will be using additive manufacturing on as many parts of this project as possible, including the Faraday Cage. More commonly known as 3D printing, additive manufacture builds components layer by layer. This allows far more complicated geometries to be produced than by traditional manufacturing methods, while also using less material. We will be printing our parts with stainless steel, using a method known as Selective Laser Melting (SLM). 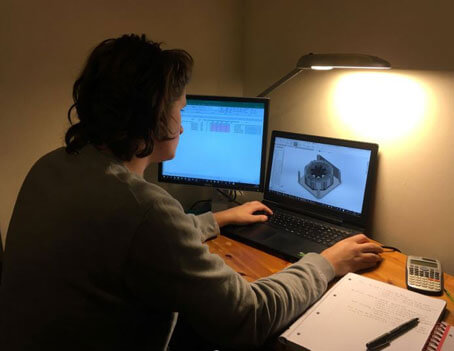 The main challenge with the design of the Faraday Cage is the necessity to manufacture many small (<1mm diameter) holes on each face of the cage. This would be problematic if the cage is printed in one part, so I have been working on a design where each face is printed separately, in the optimum orientation, before being assembled. First, a base will be printed, including the bottom face of the cage, as well as the corner columns. The large hole in the base allows the electrons to exit the neutraliser. 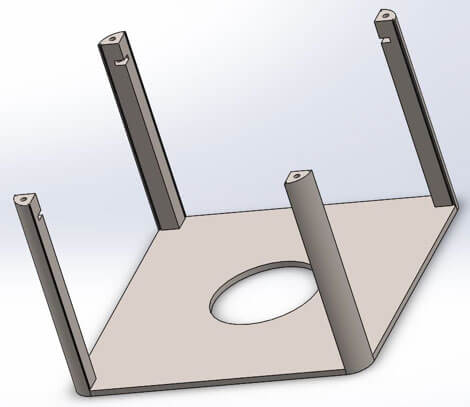 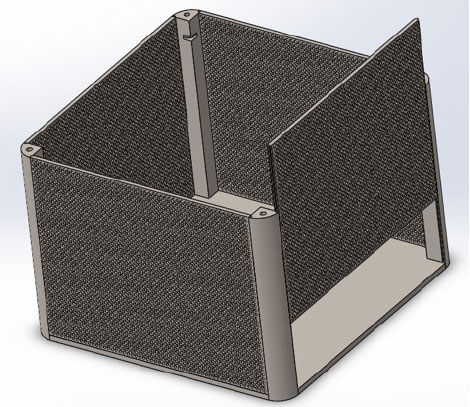 Next, each face can slide into place between the corner columns. 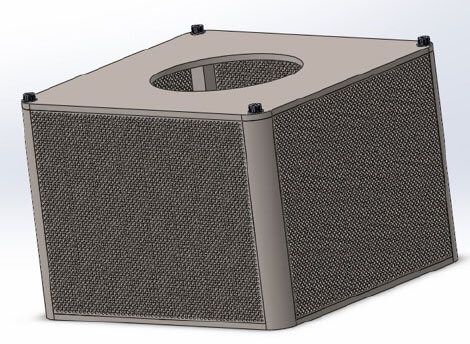 Finally, the top face will be bolted into place, resulting in the overall Faraday Cage structure. 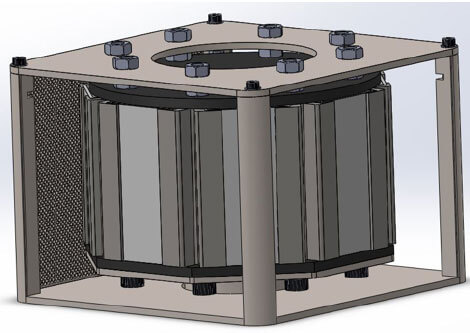 Of course, the purpose of the cage is to house the neutraliser, so here’s an idea of what the completed assembly will look like with the neutraliser inside. 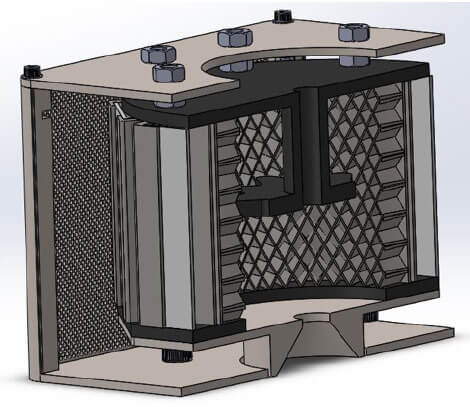 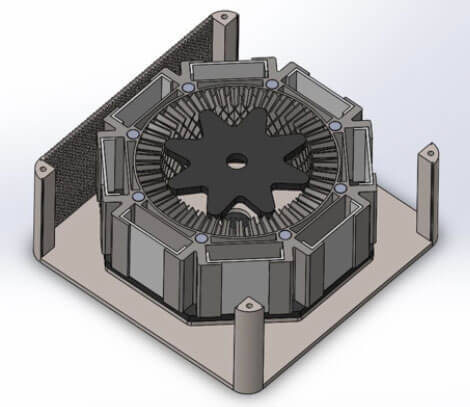